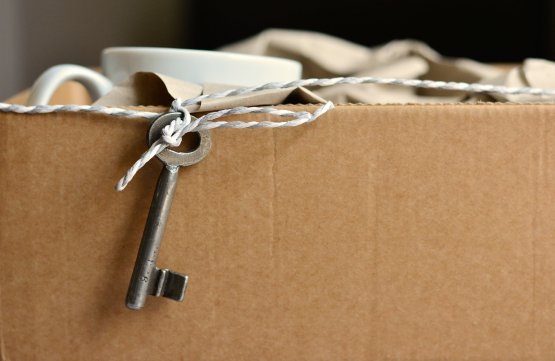 As the coronavirus pandemic lingers on into May, the UK housing market continues to suffer as sales are on hold until lockdown eases.

According to Zoopla, 370,000 property transactions with an estimated value of £82bn have been postponed since March - while demand for housing has fallen by 60pc.

Some buyers, however, have faced little difficulty in going ahead with their move while in lockdown.

Others were days away from exchanging contracts and have had to “press pause” on the entire process.

For 32-year-old Dave Hannant, his move from Hellesdon to Catton in Norwich went ahead on May 1 - but has been fraught with uncertainty. He has also had to adhere to social distancing rules.

He said: “Our offer was accepted for our new house on Feb 2 and things have ticked along from there. We completed the sale on Friday, May 1 and moved on May 2.

“We were in the middle of the chain - buying and selling - so have been quite lucky that everyone else involved has stayed keen.”

But he said solicitors did remind him that people pulling out due to the lockdown was a real possibility.

“That’s been the most stressful thing - having to live in constant fear that it was going to fall apart”, he said.

“If it wasn’t for lockdown we would have moved by now as the main issue was finding a removals company.

“Our removalist wasn’t taking any work in April so we had to pitch May 1 as a moving date, when realistically everyone would have been ready weeks earlier.

Other people moving are not so lucky. For 32-year-old Howard Jones and his wife Abby who are moving from Old Catton to Horsford, everything has been put on hold.

Mr Jones said: “Nothing’s happening. It’s like someone’s just pressed pause.“It’s more annoying than worrying, as we were about a week away from exchanging contracts.

“Four weeks on, we’re sitting in our current house which is all done up ready for the buyers to move in.

“We aren’t stressed about it because the house we’re moving into is going to be our 20-30 year home, so any fluctuations in prices or the market aren’t overly significant for us.

“People are just waiting for government to give the go-ahead that viewings and site visits can continue, and then I’m sure everything will pick up where it left off.”

For Ella Rowdon, a 21-year-old renter who has moved three times around Norwich since lockdown was announced, finding somewhere to stay has been “immensely stressful”.

She said: “My landlord sold up in January so I’ve been house-hopping since then. I couldn’t stay where I was when lockdown was announced as there were just too many of us in the house.

“Rent in most places was high too - which was an issue as I’d lost both my jobs due to coronavirus.

“Though I’ve got somewhere now, the tenancy ends in July, so unless the landlord agrees to extend the tenancy then I don’t know how I’m going to organise viewings or find somewhere else to live.”

According to Zoopla, the market is currently in “suspended animation” over coronavirus - with many sales due to be completed over March and April stuck at the “Sold Subject to Contract” stage.

But the company stressed that many buyers do want to press ahead and agree sales, encouraged by government support for the economy and low mortgage rates.Richard Donnell, director of research at Zoopla, said: “Many households have spent more time at home recently and may feel the urge to find more space for remote working, which could boost activity in the second half of 2020.

“Demand is rising but there is a long way to go until we see a return to typical levels of market activity.”

How much is my property worth?

Own a property and want to know how much its worth?